skip to main | skip to sidebar

how to remove an element in a Perl array/list

splice does the trick:


This will remove 'D' from the @a array. (Remember that indexing starts at 0.
Posted by rr at 6:29 PM No comments:

how to reload a file in vim/gvim

It took me a while to discover this but to reload a file in vim/gvim simply do the following:

If a fair sided die is thrown 6x, what is the probability of it landing 3x on the number 6?


My answer:
[BTW, C(n,k) refers to combination. While x^y refers to exponentation.]

Then you have to figure out the number of ways the other 3 non-6 throws could come out:
=> 5^3
since they can be anything from 1 to 5.

Multiply those 2 things to get the total number of ways to throw 3 sixes with 6 throws.

But that doesn't answer the problem completely. To get the probability, you need to divide that by the total number of ways to throw a 6 sided die, which is 6^6.


So this might be useful for someone preparing for one of the acronym standardized tests like the GRE or the GMAT. :)
Posted by rr at 4:34 PM No comments:

Problems with connecting to Xming from a remote system

My setup is this:

Main desktop running Windows XP (it's company provided so I can't just blow the OS away and install Linux). So I installed Xming on it so I can forward X connections from my secondary PC which is running Arch Linux.

I do the proper incantation on the Linux box as:

I check that the display is indeed 0.0 on my WinXP box. But I get the following error message:

After some searching, find the X0.hosts file in the Xming main directory and add the Arch Linux IP. And everything works just fine.
Posted by rr at 7:44 PM 14 comments:

This is the reason that there are is a good number of exception handling libraries on CPAN.

There are a number of worthy contenders for the exception handling crown, but for minimalist reasons, I like Try::Tiny. First of all, it doesn't try to do too much. Secondly, it covers the cases where using eval/if becomes difficult in practice. The use of $@ pretty much dominates the difficulty in using eval/if. In a nutshell, $@ must be localized to prevent clobbering previous values. At the same time, all die statements should have the proper effect.

Try::Tiny is currently at version 0.02. For the few times that I will need to write in Perl, this is definitely a the top of my list for exception handling.
Posted by rr at 12:18 AM No comments:

vim 101: how to enable line numbers

To turn off line numbers, do the following:

how to enable incremental search in vim

It's not that hard. All you do is:

The key is to actually know the words to google for. Basically the installation of gvim on OpenSuse 11.1 did not have incremental search enabled. So I searched for smart search and somehow got the right phrase I needed. Once I knew that this feature meant incremental search, it was easy.

So for those who are unclear on what incremental search is according the vim help:

EMC rolling out a compute cloud?

It should be noted that EMC bought then spun off virtual computing company, VMWare. That turned out to be a great decision on their part. So it's no surprise that they came out with cloud storage and computing solutions. I'm definitely watching this with great interest.
Posted by rr at 2:04 AM No comments:

How to find the absolute path of a script in Python

(Or for you perl-heads, how to do FindBin in Python. Thanks to Naveed for giving me the idea for this little tip).

How to serve your hg repository using http

Mercurial (hg, get it? ;) is one of a number of distributed version control systems. So this is an easy way to host an hg repository. So from the command line, cd into the repository you want to host and simply type:

The repository will be located at http://localhost:8000/. If you want to access it from another computer you'll have to use the IP address or host address like so:

Python 101: How to iterate a dictionary/hash 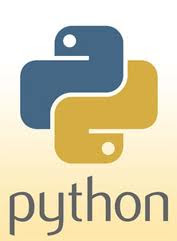 For those who don't know, python dictionary == perl hash.

The most common idiom uses the iteritems function:


The iteritems function returns an iterator that gives us key and value.
If for some reason you only wanted the keys, you can use iterkeys:

Or if you wanted the values only, you can use itervalues:


Like Python? Here are some links to some more articles on Python:

how to start a simple HTTP server using Python

In python 2.6, just type the following command in the directory where the files to be served are:

In Python 3.0, SimpleHTTPServer has been merged into http.server, so change the argument to -m to http.server.SimpleHTTPRequestHandler
Posted by rr at 4:50 AM No comments:

how to set system date/time on Linux

To set the system time on Linux, use the date command. For example to set the date/time to October 4, 11:05 pm, do the following:

Learn How I Overcame Stomach Pain Without Medicines Just A Change In Diet. Free Info Sign Up Now!